The project SIPROIMI/SPRAR of the town of Bologna

The Protection system for refugees and for unaccompanied foreign minors (SIPROIMI) is realized by the network of Italian local actors that receive financial aid by the National Fund for asylum policies and services, thanks to which they can implement projects for an integrated reception.

In 2001, the Ministry of Home Affairs – Department of civil liberties and immigration – signed an agreement with the National association of the Italian municipalities (ANCI) and the United Nations High Commissioner for Refugees (UNHCR) for implementing a “National project on asylum”. The protocol set up the first Italian public system for the reception of asylum seekers and refugees spread all over the Country. Such reception measures were later institutionalized by the Law no.189/2002, which called for the development of the Protection system for asylum seekers and refugees (SPRAR). The same law also established the Central service for information, promotion, consulting, monitoring and technical support, in charge of coordinating the whole system. The local project of the Town of Bologna, which is part of the national network since 2004, at the end of 2019 had 1350 reception places in the metropolitan area of Bologna.

The local project is implemented through many synergetic actions coordinated by ASP Città di Bologna and realized together with several civil society partners. 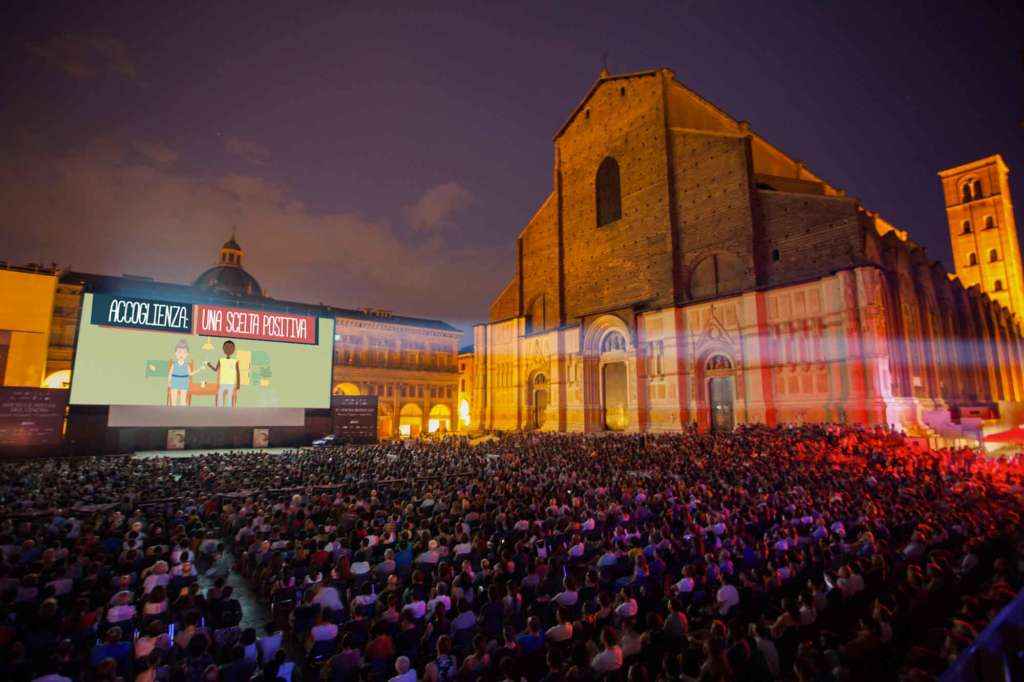 Bologna cares! The communication campaing of the project SIPROIMI ex SPRAR of the town of Bologna

Receiving asylum seekers and refugees – people forced to leave their own Country to flee from wars, insecurity and freedoms deprivation – is a duty that not only involves national authorities but also the local territories, administrations and civil society.

The town of Bologna is a front-line actor in this endeavor and proves it by implementing many projects related to the reception of asylum seekers; among them stands the project SIPROIMI (Protection system for refugees and for unaccompanied foreign minors), which is realized by ASP Città di Bologna together with the actors involved in the reception, namely the consortium l’Arcolaio, the association MondoDonna onlus, the cooperative society Lai-momo and the social cooperative Camelot – officine cooperative.

The Bologna cares! campaign represents the communication section of the project SIPROIMI ex SPRAR and is realized by Lai-momo.

Events, workshops, meetings, conferences, publications, moments of reflection: through these initiatives, the campaign aims at actively involve the citizens throughout the whole year, focusing in particular on the days around the World Refugee Day on June 20th.

By promoting Bologna cares! , Bologna’s local administration aspires to raise awareness among the citizens on the topic of asylum seekers’ and refugees’ reception and to communicate – as suggested by the name of the campaign – that Bologna takes-charge of what is needed in terms of reception, through activities set up by the institutions and the social third sector.

The subject of the campaign Bologna cares! 2016 is: the welcoming reception of asylum seekers as a necessary and ordinary activity on the social scene both today and in the future.

A structured reception system has positive and constructive impacts on the whole social fabric, while, on the contrary, the “lack of reception” leads to poverty and exclusion. Choosing reception means therefore advocating the construction of a system which produces relations, integration and growth.

In the territory of Bologna, one sector where the positive impact of the reception of asylum seekers is spotted more easily and frequently is sport: on the field, in the ring, or in the gym, barriers disappear, giving way to mutual understanding and sharing.

In addition to some brief videos which tell the stories of asylum seekers integrated positively into sporting activities, a dossier from the Africa e Mediterraneo magazine, out in September, will be dedicated to “sport and integration”.

A laboratory in journalism, an animated video, posters on the side of city buses are some of the other activities in the campaign, while a Facebook page continues to inform and animate the “social” dialogue.

What’s more, for several months now Bologna cares! has been producing and updating computer graphics with data and numbers relating to the reception system in Bologna, available via this link.

2015 CAMPAIGN – BEING A REFUGEE YESTERDAY AND TODAY: THE STORIES

The 2015 Bologna cares! campaign will focus on the stories of those asylum seekers who have had the chance to follow a structured path after being granted the political asylum or any other title of international protection. Those asylum seekers who, thanks to the help of the SIPROIMI’s operators, have been able to get to know the Italian socio-economic environment and to put in place successful initiatives, allowing them to satisfy their working aspirations and their will to take actively part in the Italian welcoming society.

This topic, which represents a major issue in today’s Italy, will be tightly connected to a further focus on important historical refugees. Remembering famous refugees from the past will enable further comprehension of the real contribution that any person fleeing from hardships can provide to the reception society, and on the other side, it will help to contrast the representation of refugees as feeble victims of a emergency situations.

The campaign aims at spurring a genuine reflection on these topics, starting from the analysis of the famous and important characters that have been a milestone in human history and that have lived for some time and different issues as refugees.

Today as yesterday, people flee from deprivation of fundamental rights.

Today as yesterday, who flees carries a baggage of knowledge, experiences and dreams.

Today as yesterday, it is possible to set the basis for a new life.

The main theme of the first year of the Bologna cares! communication campaign was the analysis of the causes driving millions of individuals to leave their home country each year in search of safety elsewhere. The objective was to clarify the difference between economic migrants and asylum seekers, the latter being those who face these journeys as a result of being forced to flee from situations of grave insecurity, war and environmental emergency.

The campaign used various different means of communication to sensitize the public in order to encourage an empathetic reflection on and a greater understanding of what it means to be a refugee. It wished to tell and to give the protagonists themselves the chance to tell their stories (through written narrative and other modes of expression, such as comics).

Among the initiatives carried out, mainly taking place around the 20th June – World Refugee Day -, were the convention named “Italy and the common European system of asylum” which was attended by representatives from the European Commission, the Italian Government, local institutions and civil society, and the photo exhibition “Snapshots from the border” with its shots of reception in action along the borders between Italy, Malta and Hungary. Posters with photos and testimonies of the refugees which focused on the reasons behind their decision to flee, were displayed on city buses with the slogan “La mia città fa la sua parte” (“My city plays its part”), while the volume “Tutta la vita in un foglio” (“All life on a sheet of paper”) bought together a collection of memories of asylum seekers who passed through Italy between 2010 and 2014. Numerous other initiatives undertaken by associations and city authoritative bodies on the occasion of June 20th were promoted by the Bologna cares! campaign: from the theatre to an intercultural kitchen and prose and comics workshops.